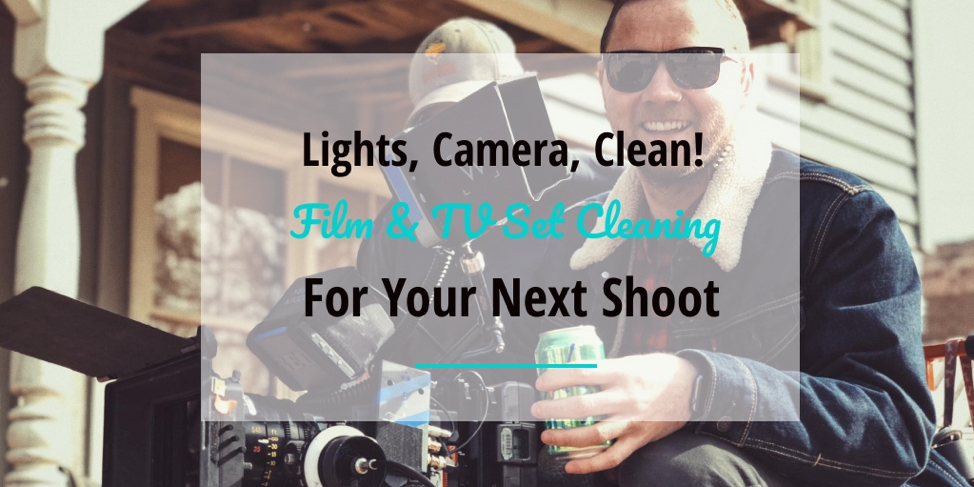 When it comes to the most popular filming locations in South Africa and around the world, Cape Town has enjoyed its fair share of screen time. From Hollywood productions such as Safe House, Resident Evil 6, and the upcoming Love Island to local shows like Trackers and Suidooster — the Mother City is earning a good living as an onscreen character. If you’ve decided to use Cape Town as a filming location for your next project, our cleaning crew can help you focus on the shot and not the mess.

As a studio or production company, you’ll know that a film or television set is where a lot of different elements come together: props, makeup, wardrobe, visual effects, and catering, to name a few. As you would expect, when dozens of actors and crew members are gathered in one place, the consequential litter and dirt produced can be a challenge. In a time where shooting can last from early morning until late at night, and production needs to stay on schedule, no one seems to have the time and energy to clean the set.

If you’re renting a public space to shoot at, you will be held accountable for all cleaning duties. For example, Cape Town’s film permit guide stipulates that “Cleaning up of locations after film shoots is the responsibility of the film company. All waste and litter are to be removed from the location and disposed of in an authorised manner – it may not be deposited into refuse bins. Crews must clean the location at the end of the day with a minimum amount of noise and disruption and ensure that the area is returned to its original condition.”

Years of cleaning expertise combined combined with our specialist skills and knowledge, attention to detail, and our ability to work at the highest level of professionalism and discretion, make us a suitable cleaning partner before, during, and after film shoots.

How we serve the film industry

Whether you’re filming in a stately mansion, a studio, or a white-sandy beach, a clean environment really adds to the overall look and feel of a scene. Imagine that your characters are a wealthy family, but there are dirty floors and wall stains in the background. Or a couple having a romantic moment on a beach littered with garbage. That wouldn’t come across as believable. What about confetti dropping from the ceiling during a scene? A bloody gunshot? At the end of a take you’ll need all that cleaned up. Working strictly on- schedule, our cleaning crew will ensure that surfaces and floors are spotless and free from litter so that the set is ready for the first or next take.

Working behind the scenes

When the cameras stop rolling, our crew will put the set back in tip-top shape. This includes quick on-the-spot cleaning during scene changes, as well as after-hour jobs like sweeping and mopping floors, vacuuming carpets, polishing furniture, collect and removing film waste, clearing catering supplies and food containers, and cleaning bathrooms.  Our goal is to create a safe and healthy environment for your cast and crew, while helping to ensure your film set is a well-oiled machine.

Whether your film set needs a one-time cleaning, or if you require ongoing service for regularly scheduled shoots, you can trust Imperial Cleaning for a job well done.

We are proud to have helped keep the set of Love Island clean. We can do the same for you.